Hi and welcome to PCM.

Here are my First 10 Mario Styled cards. Tell me what you think! They are designed with First Gen Pokemon Cards' strategies in mind.

Yeah, you can figure out the rest.

Obviously you can make cards here, however please read the threads in Forum Issues.

Anyway, ask mtg to move it, given he's the only person who can move/lock stuff (heck, I suggested another staff member to run stuff while he/YCMaker are out)

Does Bulbapedia ring a bell?

Anyway, Oblivion Wing is its signature move; works like Giga Drain or w/e moves drain the opponent's HP and restores it own.

Sucker Punch for knocking out Psychic/Ghosts that think they can outspeed you.

Hi and welcome to PCM.

Please notice that aside from me and a few other new members, place is dead.

But yeah, enjoy your stay, I guess.

Now that I have created several cards I want to print them though I do not see a means to do so. Any helpful hints would be appreciated.

I wanted to create a whole set of gen 1-style cards with several new elements and... succeded!

Antics Reborn is a set that focuses on the Pokemon that live in Kanto and some of their evolutions from later generations. I also included Pokemon EX and Megas because I love combining new elements with the old school ones. I'd also like to note that I in no way made the artwork for the cards, so all credits for that go to their respective creators that are listed as an illustrator on the card. 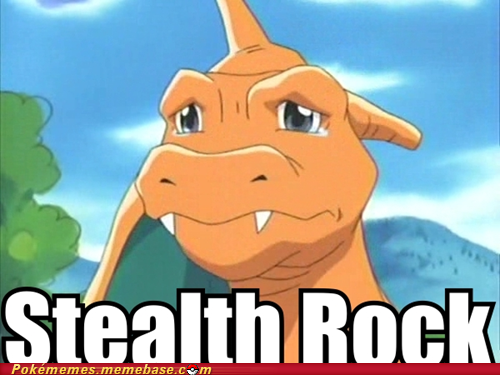 I tried to mix gen 1 cards with newer mechanics such as EXs being basic and Mega Evolution. The text on top of M Charizard EX is a bit messy, but the rest of the card looks fine.

These were designed off of the existing stuff on YCM, but edited for usage here.

Rule 1 is especially important, since SEVERAL veteran members there are known to frequently violate it (a lot of their posts call users stupid/insolent for not knowing Yugioh meta and various other things [including starting their posts with some sentence invoking the f-bomb and some other things], or as a general rule of thumb, being the a-word. It's bad enough that one of those said members is a former moderator.)

So yeah, don't act like those members, alright. If you'd like to know their names specifically, then just ask. (To be honest, this was one of the reasons I took a break from YCM; because there were a ton of members who broke that rule [including the aforementioned ones])

#6434 My first perfected Pokemon card that I am willing to share!

This is my card!

The templates should be up-to-date with whatever is out now, but like YCM, it'll take time.

Since Yankee and I have been talking over this in status messages (and mtgadmin has been notified of the need for some rules), guess we'll derive some of them now.

1. Do not flame/troll other members OR attack a member because of racial/cultural views

Trolling: Making snide remarks or purposely acting stupid to a member for the sole purpose of ticking them off.
Flaming: Attacks on a person's character for negative reasons.

We expect you to behave yourselves and not attack another member's character because they aren't as good as you or something along those lines. Do not come on here and start calling people the a-word; because you will be reprimanded. You must also respect other users and their personal/racial/religious beliefs.

Do not post pictures of sexual content (including any form of mating rituals), Warez, links to illegal hacks and so on.
If you want to link to sites that host RSE hacks or something; do it over PM.

3. Do not use heavy swearing or racial slurs.

This is a PG-13 forum; keep in mind that we have minors on this site.
Minor swearing is allowed, provided you do it in moderation AND not towards another member. Usage of ANY racial slurs while you are on PCM is forbidden because of the chance of offending another member [even if you may not see it as offensive].

We have a moderator on YCM that is known for swearing more than he should be doing; DO NOT be like him.

Attachments aren't exactly liked, either here or on YCM, because they take up site bandwidth. If you wish to post your cards or other images, simply use the IMG code from the card generator or if it's not working, upload your cards to another image host and copy the code from there.

Since this is a Pokemon Card Making site, it is expected that you post your own works; NOT something that the actual CCG or another member already made. This also applies in the GFX Area (which I have written rules for, prior to doing this)

A general definition: Posting pointless content that does not adhere to a topic at hand. This may also include multiple posts if done in excess (you do it every single day).
We understand posts sometimes get long, so if you need to break a long post into several posts, you may do so.

Do not post links to your own sites (or any official websites that are not related to Pokemon / general Wikipedia) in posts. You may keep a link to your emails/personal website in PROFILE only. Linking to news sites is okay.

Keep your signature at the maximum of 6 inches, vertical. This is so posts don't take up a whole page because of images or whatever text you have in there.
(Credit to Yin/Suigintou from announcement)

This includes using your account (and possibly alternate accounts) to violate any/all of the above rules and continue to do so if your main account is banned. You don't need another account unless you somehow forgot your recovery email/password.

If you see any threads or posts that violate the rules, including spambot posts (which advertise random content) or flame/troll wars, DO NOT post in them, Simply report the thread and move on. See the yellow button on the bottom left: use it OR link the thread to a mod if you are unable to use the button.

Examples include, but aren't limited to:

- Posting your own cards/pictures in someone else's thread EXCEPT for card/GFX contests or for comparison reasons. If you want to post your cards, make your own thread for them; it's not that hard.
- Posting in someone's else thread solely for attention. Use the status bar for that.
- Carrying on a side conversation that has NO relation to the main topic. For example, if the topic is about Pokemon and then you decide to make a word about some random anime and other members carry that conversation; this is hijacking.

In short, if you want to talk about unrelated stuff, go make your own thread for it.

Things that aren't considered as thread hijacks (and are OK to do):

- Talking about related stuff, provided it's relevant to the topic at hand.
- Giving CnC or other comments about a card/GFX or whatever.

13. Do not argue with the staff

They were chosen because they were deemed responsible enough to keep the forum running while mtgadmin/YCMaker are away. If they lock/delete a thread, they probably had a reason for doing so. Now, if you feel they're abusing power, then report it to mtgadmin [but check to see if they're following the rules]
_____

I'd like to make this clear that I'm not a moderator neither here nor on YCM, but I've already asked mtgadmin to set up some rules so this place doesn't spiral into a spam zone.

Anyway, if some things should be clarified or added/removed, say something.

I said YCM, not over here.

But if it offended you, sorry.

Guess I should also mention not acting like some of the new members do (i.e. get ticked off over CnC and a lot of other stuff). I am trying to create glass cannon card, 60 hp with 60 base damage (with 20 recoil), can be pumped up even higher when he has 4 damage counters. Cnc are appreciated.

Do you think the creators will add Fairy to the type availability of the card generator? I think that would be fantastic.