3 replies to this topic

Here is my new set and style of new cards and even a little new game play! The MK (or Mark) system is a system that ranks Pokemon into tiers. All Pokemon in this play style should not be used with regular Pokemon not marked with a well... MK. Each tier is stronger than the tier than the last. Instead of evolution and the normal rules for Basic Pokemon, you may place only MK.I Pokemon, MK.VI Pokemon and MK.XI Pokemon. If you want to use your other tier Pokemon, you must have a Pokemon in play with the same base name as the higher tier Pokemon, but a lower tier number in its name. For example, if I play Dragonite MK.I and I want to "upgrade" it to a MK.II Pokemon, I must have Dragonite MK.II and put it onto Dragonite MK.I (much like Evolution). But the thing is that you cannot evolve MK.V Pokemon into a MK.VI Pokemon unless it says so specifically on the bottom of the card in text. Also unmentioned before, a new rule is that MK.V, MK.X, and MK. XV Pokemon can use all Pokemon Powers and Attacks of the Pokemon below it (Pokemon it "upgraded" from), making V, X and XV the barriers and limits of their respective Tier Section. Tier Sections are Tiers such as I-V, VI-X and XI - XV. As you MAY have noticed, the Weakness multiplier gets higher the higher tier you are in your Tier Section, Tanks and Bulky Pokemon normally getting 4x multiplier by their higher tier, while Frails and Sweepers normally given 3x multiplier by their higher tier 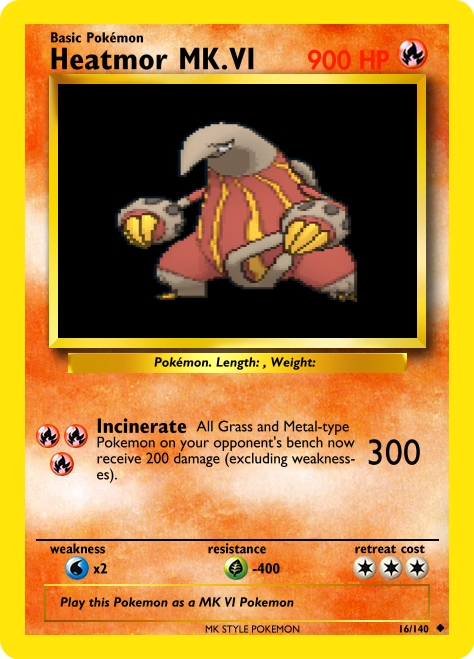 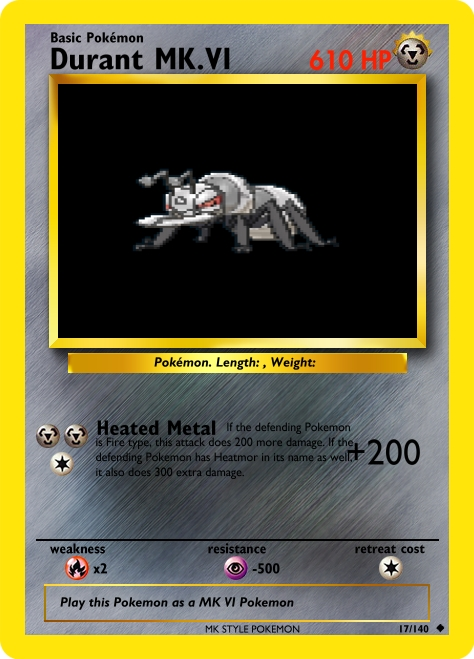 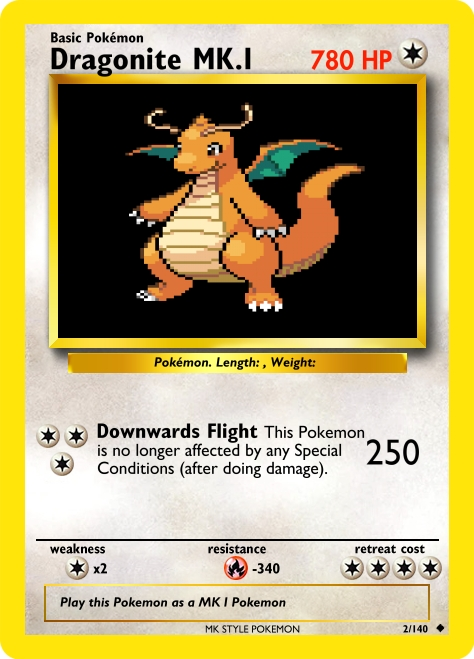 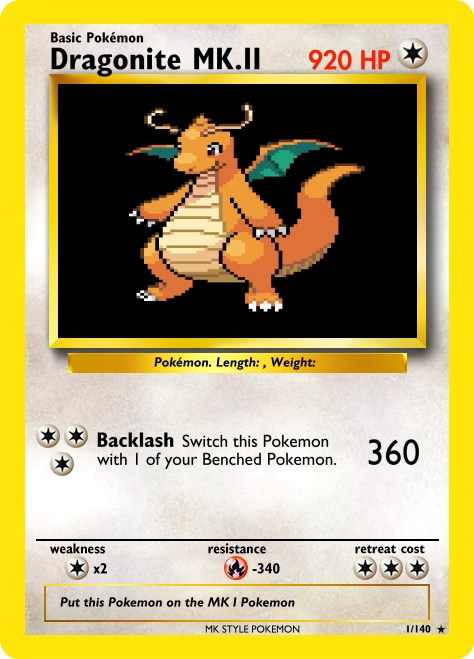 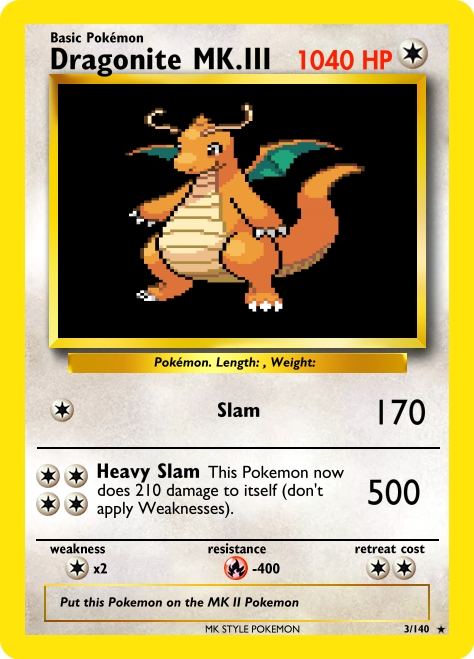 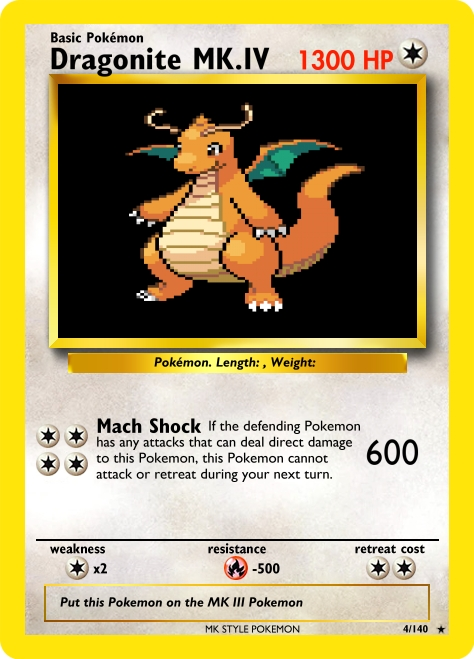 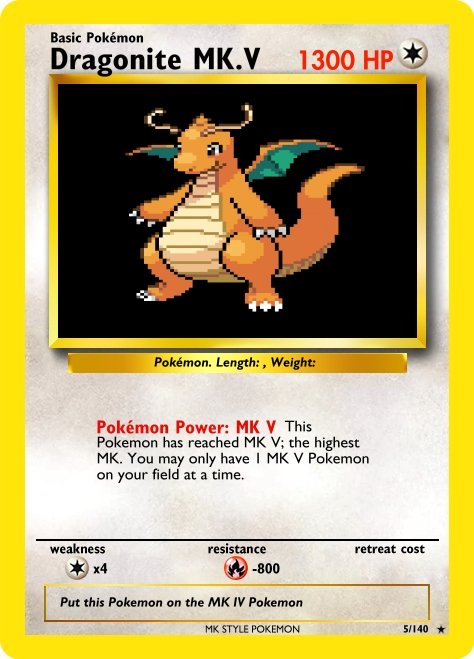 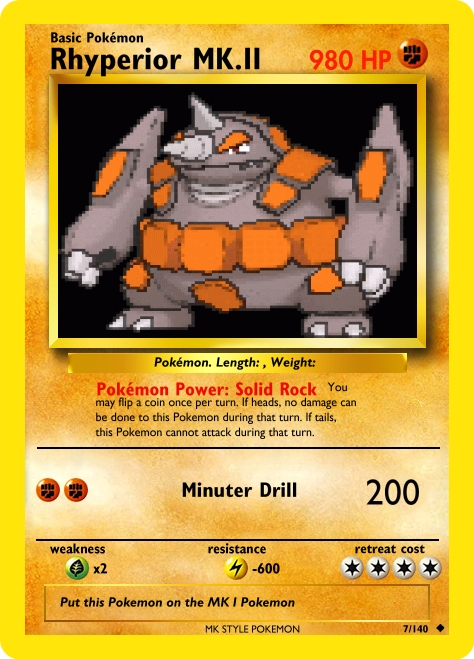 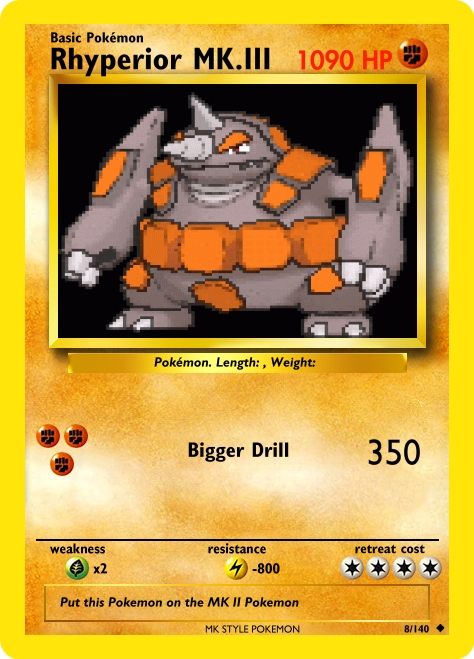 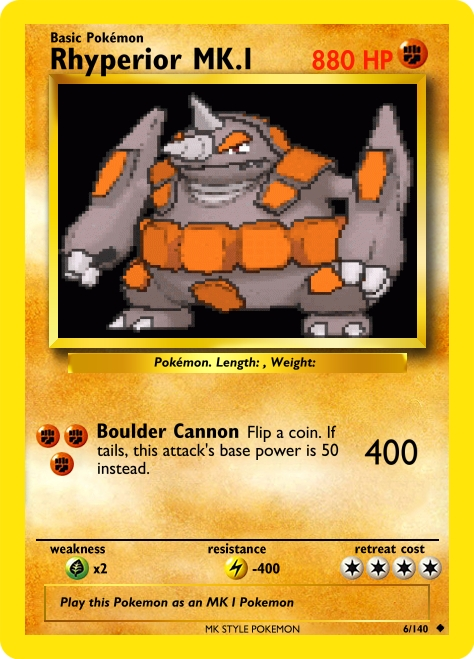 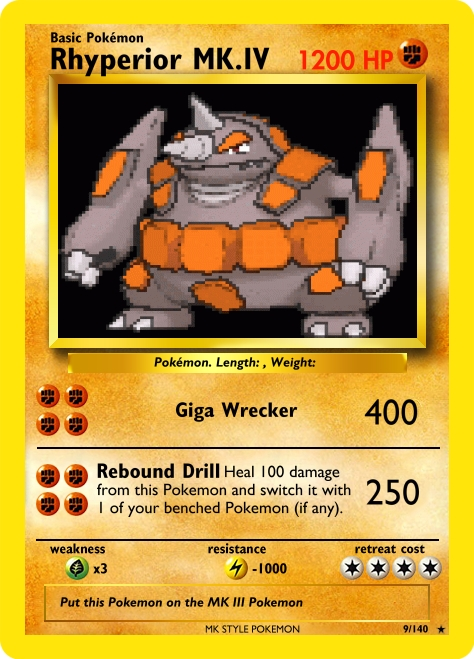 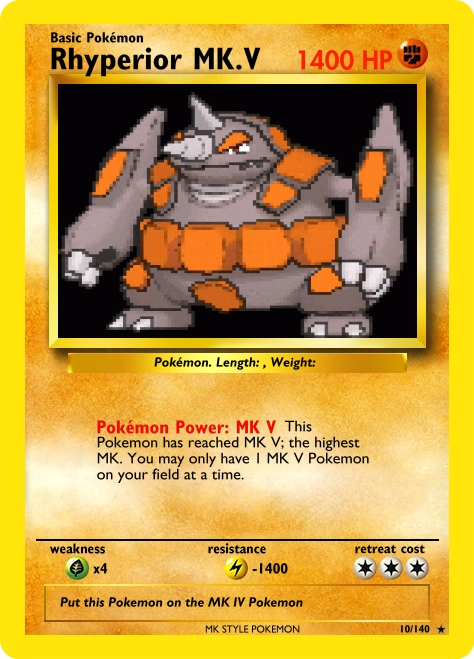 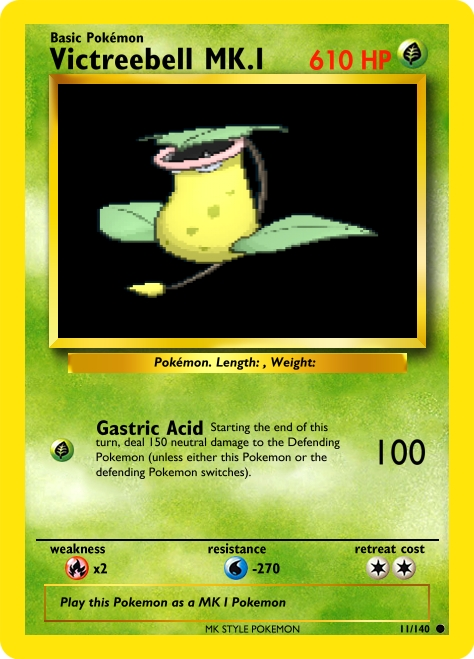 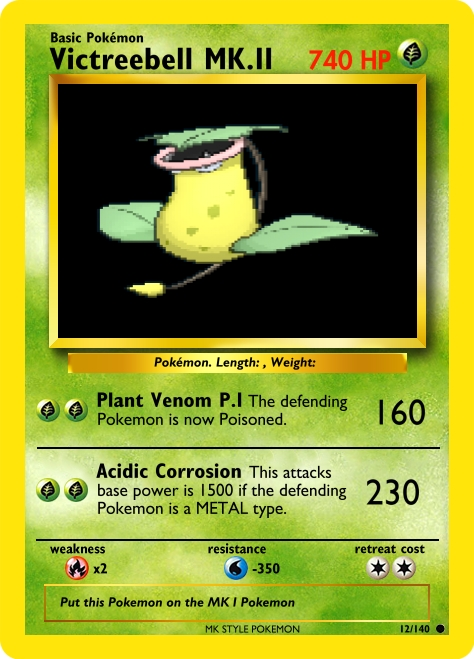 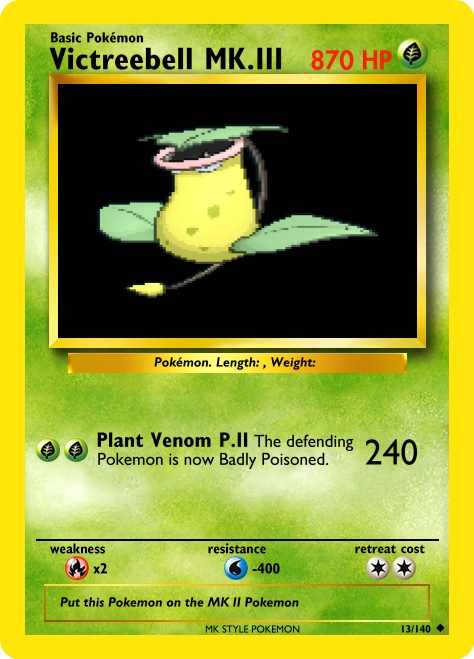 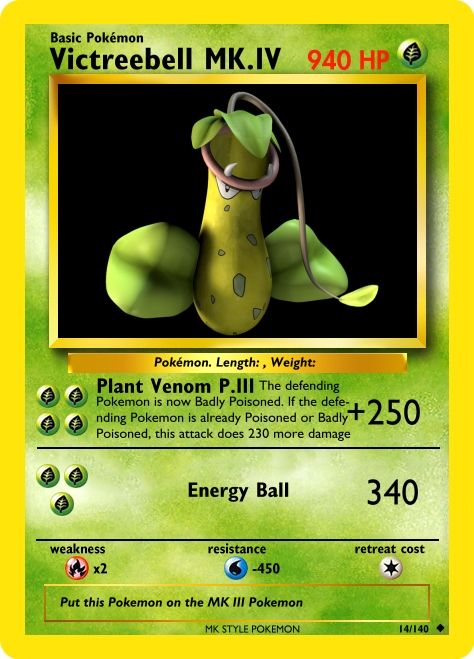 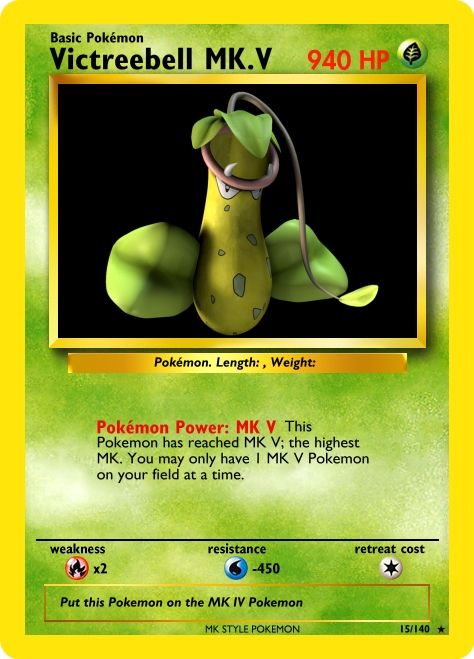 REMEMBER TO READ EXPLANATION FOR THESE CARDS IN ORIGINAL POST AS WELL AS LOOK AT ALL CARDS MADE IN PREVIOUS POSTS; AS THE LIMIT FOR IMAGES IS TOO LOW FOR JUST 1 POST

this is a bit something i like the victrebell